The biggest deliveries of 2020 were for Kudankulam and Rooppur 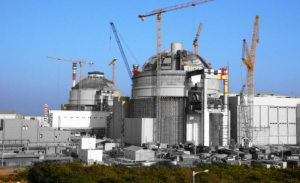 More than 1,900 pieces of valves were exported to the Rooppur NPP in 2020, namely Shut-off Globe Valves with Bellows A10, Shut-off Globe Valves with Bellows A20, Check Valves A30 and industrial valves – Ball Valves C05. As part of this project, we are also expanding our product portfolio for nuclear energy with DN 250 and DN 400 control valves, which we are developing in cooperation with Russia’s largest expert in heat equipment (turbines and boilers), CKTI – Scientific Association for Energy Equipment Research and Design.

The Rooppur NPP will be the first nuclear power plant in the country with two reactors VVER-1200 Generation III + units with a total output of 2400 MWe. The nuclear power plant is being built according to the project of the State Atomic Energy Corporation Rosatom, about 160 kilometers from Dhaka, the capital of Bangladesh, and the first of the two units should be put into operation in 2023.

India’s long term plan is to build 4 more units, so that the total power of the plant reaches 6,000 MW. Both projects have already been signed between Nuclear Power Corporation of India Ltd. (NPCIL) and Atomstrojexport from the structure of the Russian State Atomic Energy Corporation Rosatom. ARAKO is already signing other contracts for the supply of valves for construction of Units 5. and 6. Kudankulam NPP.