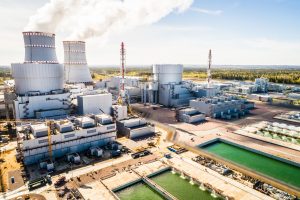 23th October 2020, the Leningrad II NPP Unit 6 was connected to the grid and in 2015-2017 ARAKO company delivered more than 1,500 pieces of nuclear valves to  Leningrad II NPP and reached the power capacity of 240 MW. The Unit 6 is now operating at 240 MW and is already the second unit of type Generation III+ VVER-1200 reactor, which was built in this power plant by the State Atomic Energy Corporation Rosatom.

New unit was attached to a unified transmission system and passed tests at 240 MW. At the moment a stage is in preparation, in which is planned to gradually increase the performance up to 100%.

Synchronization of the 6th unit of the VVER-1200 power plant with the network was preceded by extensive tests that checked the readiness of the main components and systems of the unit to increase thermal and electrical performance. In the course of this, thermal output gradually increased from 1% to 35% of nominal output. At 35% of the heat output, it was possible to connect the turbogenerator to the grid and start supplying the generated electricity to it. Once all the full-performance tests have been completed, the new unit will be shut down for a component revision and will not be able to start its planned commercial operation until 2021 at the decision of the supervisory authority.