ARAKO delivered nuclear valves for all new blocks VVER, planned to be launches in 2020 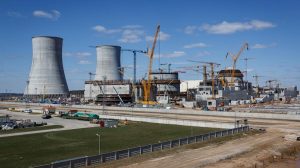 Over the past 14 years Rosatom has launched 15 new blocks. Three new units are planned to be launched in 2020. Already at the beginning of 2020 it is planned to physically start Unit 2 of the Leningrad NPP-II with reactor VVER-1200 Generation III+ , for which in years 2014-2016 ARAKO supplied almost 2,000 valves for nuclear energetics.

The second power plant for the construction of which ARAKO has supplied almost 3,000 valves, mainly Shut-off and Regulating Globe Valves with bellow A10, A20 and Check Valves A30, is the Belarusian NPP in the town Ostrovets.